LEEDS take on Tottenham in Saturday's curtain-raiser from the Premier League. Sam Ingram (@SamIngram_) shares his views from Elland Road.

Since Marcelo Bielsa harnessed a fiery Leeds United side and navigated them back to the promised land of the Premier League, the upcoming match-up in Saturday's lunchtime kick-off hasn't failed to deliver.

Three meetings, 10 goals, and three Tottenham managers later, both sides arrive on the back of a stuttering run of indifferent form. It would be fair to say that whilst Leeds United and their visitors look more than likely to get on the scoresheet in most fixtures, either defence appears just as vulnerable to conceding at the other end.

A 4-2 Elland Road spectacle and a 2-3 Tottenham victory at the Etihad just one week ago is still very much in the memory for a fraction of fans in North London and Yorkshire, yet the shine has very much diminished on the back of two Premier League midweek outings.

Harry Kane couldn't replicate his near-perfect performance against Manchester City, as Burnley clinched a much-needed second win on the bounce. Fifty-two miles away via the M65, Leeds lined up against a hungry Liverpool side, mustering just three attempts and conceding six goals without reply.

Looking at the two fixtures providing the backdrop to Leeds vs Tottenham, siding with a selection to see both teams score may not be your first thought, but hear me out.

Analysing the underlying metrics (xG: Expected Goals & xGA: Expected Goals Against) of a sample size dating back to Conte's arrival at the beginning of November, Tottenham rank fourth in the Premier League for xG in this period: 27.42. The 16.21 xGA racked up by sides opposing Spurs brings the accumulative xG total of Conte's reign to 43.63 from 14 games, producing an average of 3.11 xG per90. 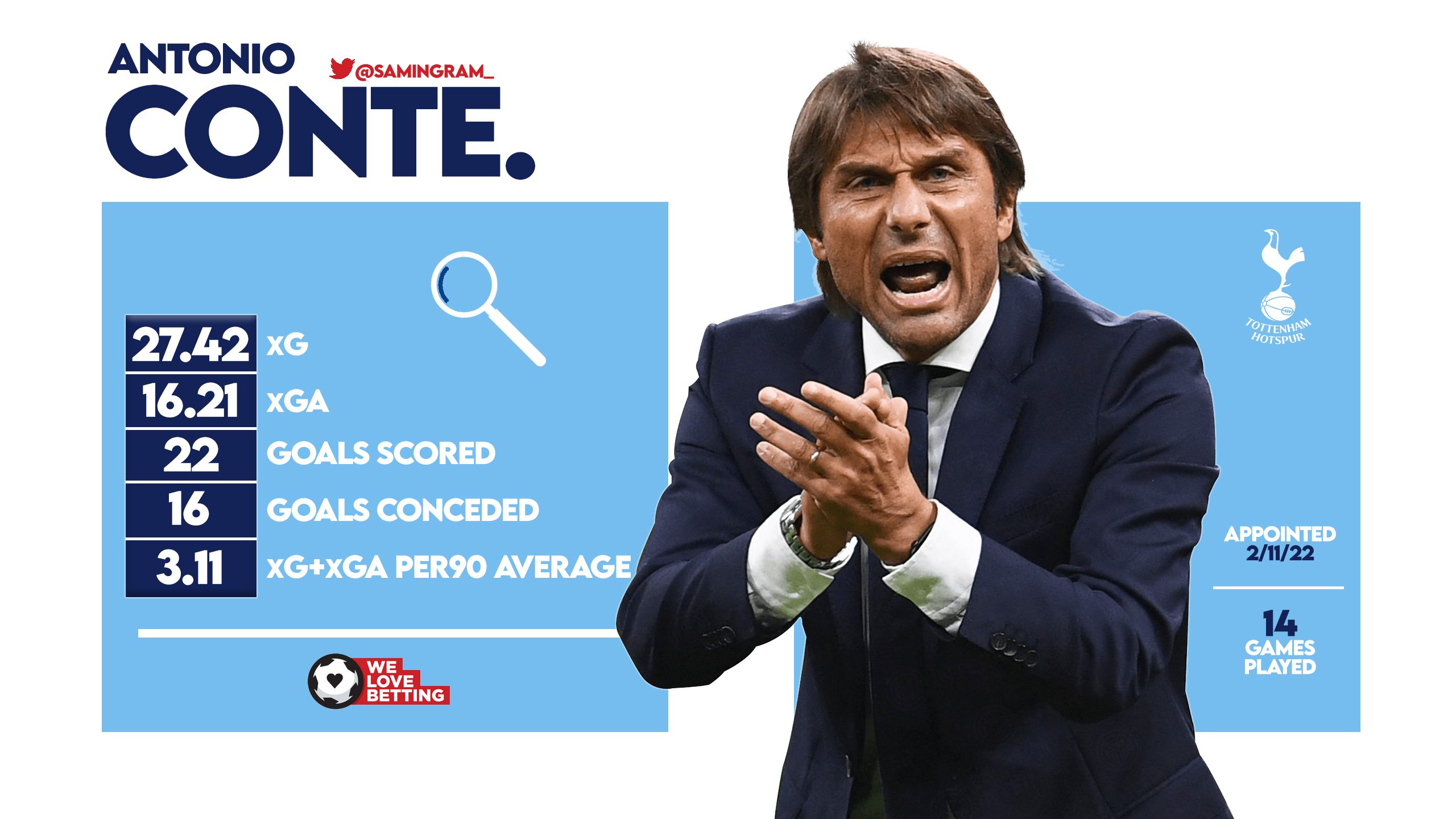 Since 2nd November, Leeds sit seventh in the xG stakes with 21.07 from 15 fixtures. Worryingly for Bielsa, Leeds not only surpass Norwich in xGA with 33.18, but they have also conceded 11 more goals than The Canaries, the most in the Premier League during this timeframe.

Boasting an accumulative xG total of 54.25, with an average of 3.61 xG per90, Leeds fixtures overshadow Spurs' 3.11 xG and suggests goals may be the best angle into the opening top-flight game on Saturday.

With the bookies pricing O2.5 Goals at around 1.66, BTTS at 1.57, and the two combined at 1.90, we're going to have to get creative in our hunt for a value selection. Luckily, there's a Leeds United statistic that may help with that.

In the Premier League this season, The Yorkshiremen have witnessed at least one first-half goal in 83% (10/12) of matches at Elland Road this season, with only West Ham supporters seeing more in the capital. Tottenham's first-half total away from home is admittedly drab in comparison at 55% (6/11) of games, but I'm confident enough that the initial 45 minutes has its share of the action.

A Bet 365 bet builder consisting of a goal in the first-half, O2.5 total goals, and BTTS comes in at 23/20 (Bet365) which I think is certainly worth considering.